Whenever I’ve lapsed into that unedifying state of smug, I have invariably, shortly afterwards, come a cropper by tripping inelegantly over my own self-satisfaction. I chipped a front tooth that way aged 15. I fell over my own conceit again last week. Therein a future blog lies. 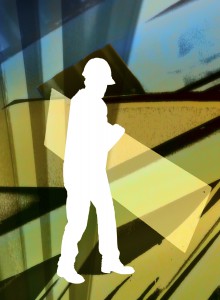 I feel well placed therefore, to assert that when one pontificates loudly and self-importantly on something, hubris can usually be found lurking around the next corner, ready to smack you full in the kisser with a large wet kipper.

So for a millisecond, I had speck of sympathy with LibDem leader and Deputy PM, Nick Clegg, last week as he took to the TV screen to utter the word “sorry”, apologising for making a pledge he knew he would be unable to keep. If you’re unfamiliar with the backdrop that prompted this supplication just pop over to You Tube. There you’ll find several humiliating parodies of his party political broadcast.

You Tube is the digital version of that kipper. The next biggest search engine to Google has become the reputational equivalent of a business credit ratings agency. Poor Nick. A risible apology ridiculed, his credibility in shreds and authority in tatters. Future attempts to rebuild his reputational capital will be constantly undermined by the “sorry” video on You Tube perma-loop and the inconvenient truth that he sold his voters down the river. The action he confesses, did not meet the rhetoric. A recurring theme in my blogs.

When you start a business, reputation building goes hand in glove with developing your customer base. But just like voters, your customers won’t stay with you if they don’t believe a word you say because you don’t live up to your promises. Building reputational capital doesn’t have to be big, expensive, time consuming stuff. It just needs to stand up to scrutiny. It’s the little things that count, like keeping your word. If you say you deliver within 24 hours then… yep, you get it.

I’m delivering a 45 minute ‘Romp Around Reputation’ workshop at the Shropshire Chamber of Commerce Expo at the Lion Quays Waterside Resort on Thursday 11th October. Come along and join in – it’s FREE to attend – that’s a promise.