We are delighted to be helping to fund and organise the second CultureFest in Oswestry, which will be held 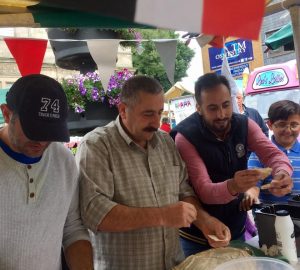 across Oswestry town centre on Saturday 18th August 2018 (10 – 3pm) and will run alongside the Shropshire Produce Market.

CultureFest activities will be focused on Bailey Head and Bailey Street.Set to Celebrate Oswestry’s Cultural Diversity with a Festival of Music, Dance, Food and Fun.

Other attractions include free ‘tasters’ of delicious food from

different cultures, and free arts workshops on Bailey Head which include henna and Welsh arts and crafts.

There will also be a host of information stalls run by local groups and organisations celebrating Oswestry’s vibrant and diverse communities, including the Shropshire Humanists, Dolen Ffermio, Oswestry Town Museum and Oswestry LGBT group plus others. 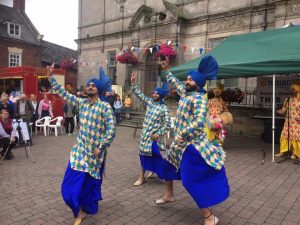 foodstuffs made in the county.

“CultureFest is something we are very pleased and proud to be associated with for the second year running,” said Jools. “In a period of almost unprecedented division in this country, it shines a joyous light on our shared humanity and the benefits of respecting one another’s culture, language, positions and traditions.”