Jools said: “The seminars were organised in response to the fantastic support the Oswestry Welcomes Refugees group has had from local people. Many supporters, as moved and horrified as I have been by the refugees’ plight, expressed a strong desire to gain a better understanding of the cultural aspects of their life in Syria both before and after the conflict. My aim in organising these events was to help us all be better informed about how we can best offer a warm welcome to the refugee families when they arrive in Oswestry in a culturally sensitive and respectful way.”

Refugee Action’s Resettlement Worker, Stephen Chaderton touched upon Syrian history, heritage, cuisine, urban and rural lifestyles, the likely language skills and occupations of refugee families, and highlighted the harrowing experiences the families will have endured since the conflict in Syria began and during their journey to safety.

Jools added: “In all, 40 people enjoyed a hugely valuable and insightful learning exercise. We were particularly pleased to learn simple Syrian Arabic greetings to help the refugee families feel welcome when they arrive.” 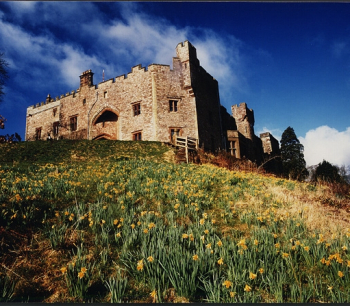